Get a quote
Home / Blog / Why electric cars are becoming cool

We are past the days when electric cars had a range of 30 miles and had to be charged overnight – infrastructure is expanding rapidly, often allowing you to park up in a town or city centre and top up your battery level while you shop or meet friends.

Combined with rapid advancements in battery and hybrid technology, as well as greater understanding of how to recover kinetic energy in the braking process and return it to the battery, the potential range of electric vehicles, and particularly of hybrids, is increasing all the time.

As a result, battery-powered cars are becoming more realistic as a day-to-day option, even for long-distance journeys, and are no longer the simple city runabouts they once were.

But all of this relates to the basic functionality and supporting infrastructure of electric vehicles – it doesn’t explain why they are increasingly perceived as a cool option by drivers.

For that, you have to look to the design of the cars themselves, which has progressed hugely from the early super-lightweight vehicles, built with little to no passenger space or luggage capacity in order to maximise the number of miles that could be eked out of those early batteries.

These days you might not immediately be able to tell the difference between an electric vehicle and its conventionally powered equivalent – and it’s worth noting that in many cases, new models from major manufacturers are made available in both formats.

In the same way that diesel engines gradually found greater traction among passenger cars, hybrid and pure-electric drives have steadily built market share too, to become a genuinely mainstream option. 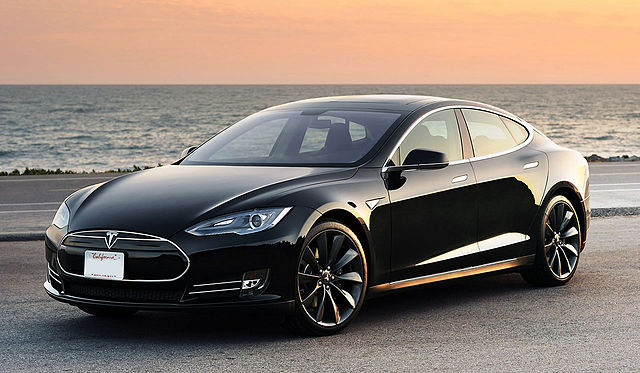 Brands like Tesla are leading the charge (no pun intended) with models like the P90D capable of going from 0 to 60mph in under 3 seconds – a feature appropriately dubbed ‘Ludicrous mode’ by the manufacturer.

With electric options from luxury carmakers like BMW and Mercedes-Benz too, customers have more and more choice, without having to buy from an unknown or experimental manufacturer whose track record is less well proven.

It has been a long road – the first pure-electric vehicles ever produced by Mercedes-Benz date back more than a century to 1906, while Honda’s iconic solar car, simply named Dream, won the World Solar Challenge in both 1993 and 1996.

Finally, it’s not all about style over substance, of course – and many people are choosing electric vehicles based on legitimate environmental concerns, and not simply to keep up with automotive trends.

Are electric cars the future?

With lower emissions and less reliance on fossil fuels like petrol and diesel, electric vehicles have a feeling of being future-proof – as long as we continue to produce electricity, whether from fossil fuels or through wind and solar generation, there will be juice to recharge the batteries.

This sense of security combines with lower fuelling costs and, in many cases, preferential rates on road tax for eco-friendly vehicles, to add a very practical positive argument alongside the aesthetic and on-trend appeal of electric vehicles, making them a genuinely cool option from every angle.