Here at The Vehicle Wrapping Centre, we love wrapping some of the world’s fastest and most powerful cars, and one of our most favourite cars on the road is of course the Ferrari.

Right now, it’s a big time for one of the world’s biggest supercar brands – 2017 marked 70 years since the first Ferrari sports car was produced, and 2019 will be the 90th anniversary of the Scuderia Ferrari racing team.

So as we sit between these two red-letter dates for the brand famed for its bright red bodywork and Prancing Pony logo, here are five facts about the supercar maker that you might not know already.

1. The origins of the Prancing Pony

First of all, where did the rampant black horse on a yellow background come from? Supercars are rated according to ‘horsepower’, but the origins of the logo are more complicated than that.

It can be traced back to the First World War, and an Italian pilot by the name of Count Francesco Baracca who would paint the pony on the side of his aircraft – he was credited with 34 victories in aerial combat before being killed at the age of 30 on June 19th 1918, just five months before the end of the war.

Five years later in 1923, Baracca’s mother asked Enzo Ferrari to adopt the symbol as his own, for luck, and Ferrari added the yellow background in honour of his own birthplace of Modena, usually with the initials SF for Scuderia Ferrari.

It’s interesting to note where Baracca may have taken the image from – some people think it was meant as an emblem of his nobility, but another theory is that it comes from the German city of Stuttgart’s coat of arms, possibly after Baracca saw it on a German fighter plane he had shot down.

If true, that means the Ferrari logo originally comes from the same place as the black horse logo of Porsche – founded in Stuttgart – which helps to explain the similarities between two competing sports car brands from entirely different countries. 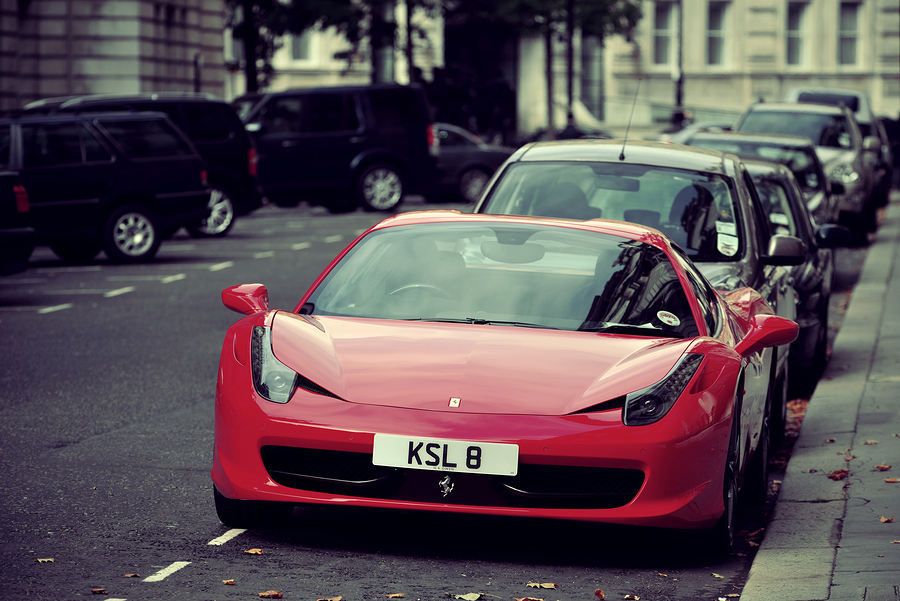 The first ‘Ferraris’ to feature the Prancing Pony were built in 1932 – for Alfa Romeo. You might expect ‘alfa’ to translate into English as ‘first’, but it actually stands for Anonima Lombarda Fabbrica Automobili.

When it was first founded, Scuderia Ferrari was building cars for the Alfa Romeo racing team, and it was not until May 1947, nearly 30 years after Baracca’s death, that the first car was built with both the Prancing Pony logo and the Ferrari name on its bodywork.

Visit the Ducati museum and you’ll see the Prancing Pony yet again on early models of the brand’s motorcycles, and this time the connection with Ferrari is even more direct.

In 1956 Ducati’s head engineer Fabio Taglioni – who shared his birthplace with Baracca, with both men hailing from Lugo di Romagna – asked for permission to use the pilot’s emblem on Ducati motorcycles, and to this day the Ducati website calls those early models “Ferraris on two wheels”.

There is one last connection between the German city of Stuttgart and the Italian supercar brand’s racing division, Scuderia Ferrari.

‘Stuttgart’ comes from the Old High German word for a stud farm – yet another link with horses – a word that translates into Italian as… scuderia.