This year’s Goodwood Festival of Speed had an official theme of ‘Speed Kings – Motorsport’s Record Breakers’.

But the event, which took place on July 4th-7th, turned out to be a Festival of the Future, and the various prototypes and innovations on display proved to be even more attention-grabbing than some of the high-speed sports and supercars in attendance.

In fact it’s not a case of one or the other, as some of the most futuristic cars at this year’s Goodwood Festival of Speed were also some of the fastest ever to tackle the venue’s tracks.

Defenders of the Future

It sounds like a superhero movie but we’re actually talking about an even more iconic hero of the roads (and off-road, too!) in the form of the new Land Rover Defender prototype that officially opened proceedings at Goodwood.

The Duke of Richmond drove the new prototype Defender up the infamous Goodwood Hill Climb course direct from its more rigorous field testing in Kenya.

He said: “Few vehicles in the world can claim to be an icon, but that’s the only way to describe the Land Rover Defender. It’s extremely close to my heart and a vehicle that I’ve had a close connection with over the decades.”

With its distinctive dazzle camouflage exterior, the Defender prototype is both a reminder of the vehicle’s military connections, and an inspiration for eye-catching vehicle wraps too.

Shattering some of the long-held misconceptions about modern all-electric vehicles, the Volkswagen ID.R smashed the 20-year-old record for the Hill Climb.

That’s an astonishing average speed of 101.4 mph over 1.16 miles of challenging track and even faster than the ID.R’s own winning time of 43.86 seconds from last year.

It’s a little less surprising when you look at the ID.R’s stats – a top speed of 168 mph, acceleration from 0-62 mph in 2.25 seconds and a total vehicle weight of under 1,100 kg even including the driver!

First Glance at the Future

This year’s Festival of Speed saw some of the main paddocks moved around to put the First Glance Paddock alongside the FoS Future Lab.

Together this gave visitors a first look at pioneering motorsport engineering, including completed cars and innovative automotive technology.

Goodwood Festival of Speed is one of the great events on the UK automotive calendar each year and it’s inspiring to see the pace of innovation – and the pace of the cars themselves – getting ever faster.

From icons like the Land Rover Defender with its dazzle camo paint job, to innovations like the all-electric Volkswagen ID.R and its record-breaking hill climb, the festival goes from strength to strength – who knows what new developments 2020 will bring? 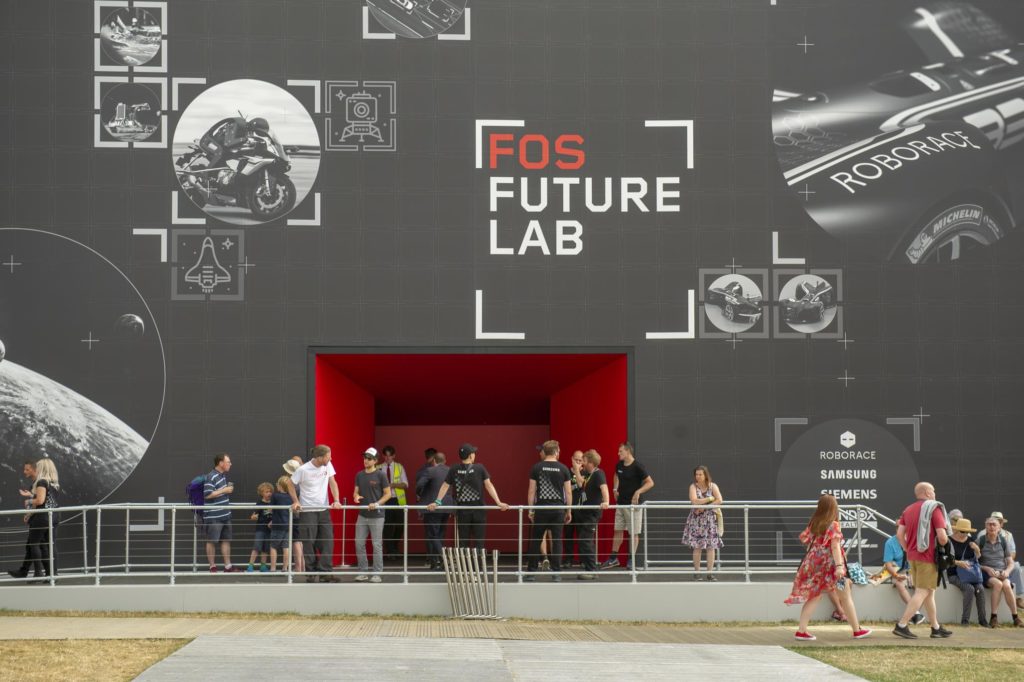