There’s an old saying that “the car’s the star” and while that is not always the case, it is certainly true of some films and television shows that feature vehicles drivers love to emulate using vinyl wraps and decals.

Here are five examples of famous cars from the world of entertainment and how you can recreate their iconic look with vinyl vehicle decals and wraps.

And before you ask – there’s no Back To The Future DeLorean DMC-12 on this list. We love it too, but for this shortlist we’re sticking to cars and vans where the modifications are mainly visual! 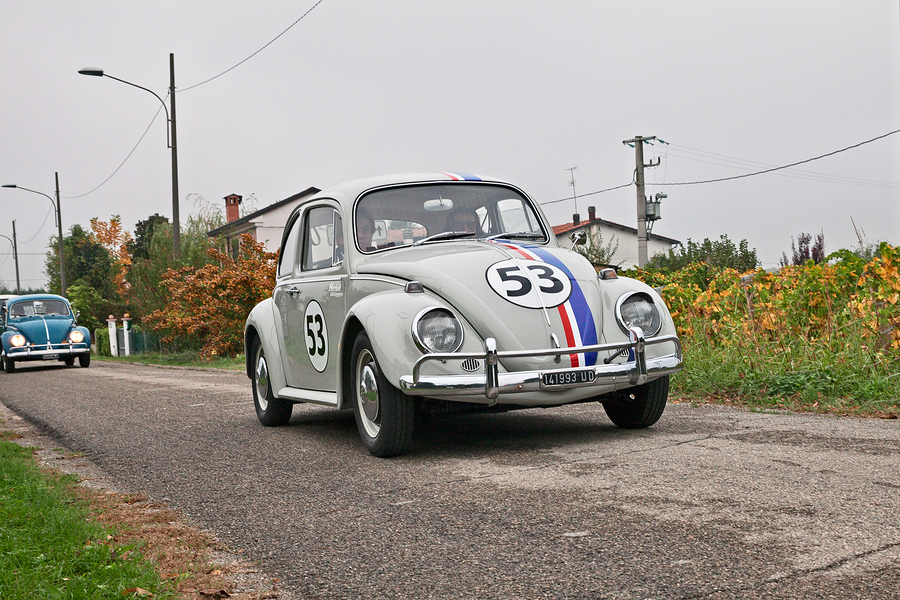 Herbie is more than a car, he’s a character in his own right, in the form of a 1963 Volkswagen Beetle that first appeared in the 1968 movie The Love Bug, and has returned in five sequels and a five-episode 1982 TV series.

The exact look of Herbie changes every time – and even changes in different scenes of the same movie sometimes – but common features include red and blue racing stripes, plus the distinctive Herbie decals containing the number 53 in a circular ‘gumball’ outline.

The General Lee is a 1969 Dodge Charger (although models from other years have been used too) made famous by The Dukes of Hazzard television series and 2005 feature film.

Its paint job includes the number 01 on the side doors and, more controversially in recent years, the Confederate flag on the roof.

Following a backlash against public appearances of this flag, in 2015 the golfer Bubba Watson, who owned one of the original ‘LEE 1’ cars from the series, announced plans to paint over it with the American flag instead.

This met with even more criticism from fans of the show who didn’t want a permanent change to the paintwork of the iconic car. Perhaps a temporary vinyl wrap would have been a better way to cover up the offending image, without damaging the original paint job? 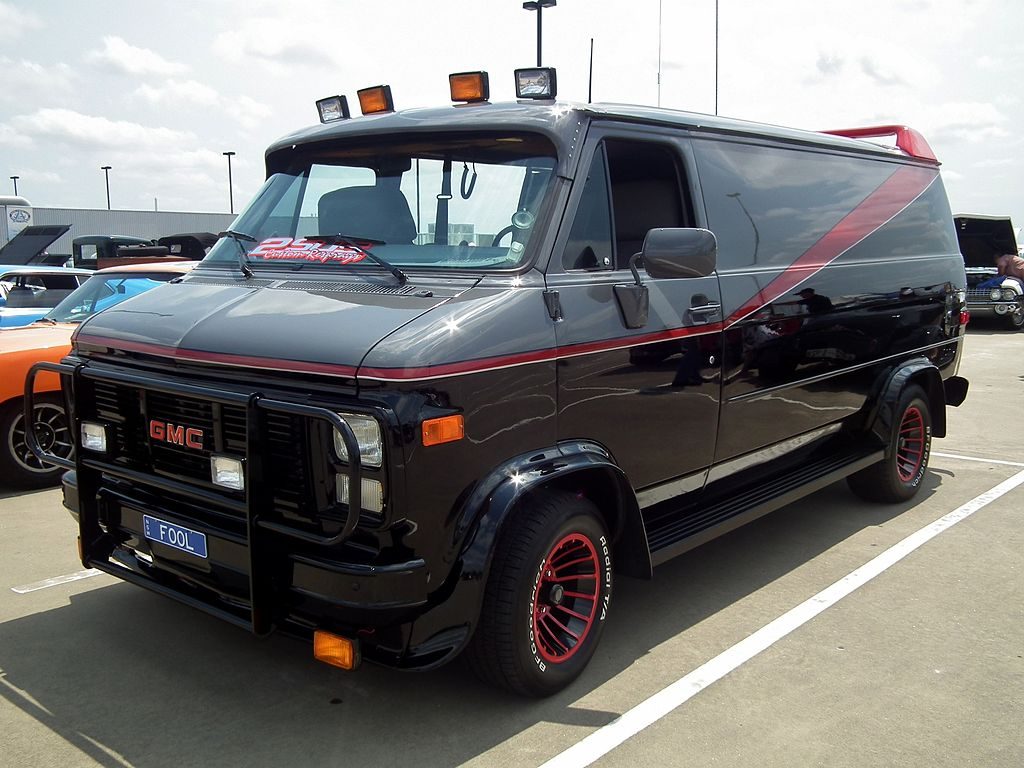 The A-Team van didn’t have a name but remains an iconic screen vehicle of the 20th century. It’s also often emulated by van owners – even if they don’t own an equivalent 1983 GMC Vandura – by painting a red stripe along the side.

But you might be surprised to learn that above the red stripe, the original A-Team van was grey, not black – so using a vinyl vehicle wrap to get the look is not only faster and easier than paint, but can give you a more accurate finished look too. 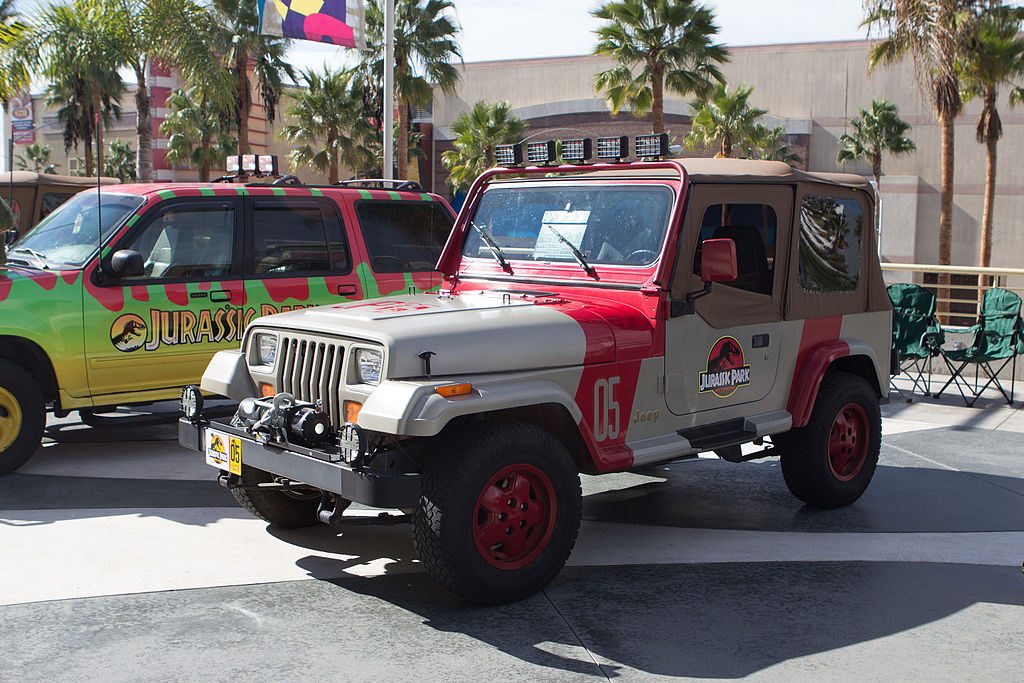 There are two main models of vehicle used in the original Jurassic Park movie. The true Jurassic Park Jeep is the 1992 Jeep Wrangler YJ Sahara in sand beige, which can be customised with the addition of red vinyl decals, vinyl vehicle numbers and park logos on the side doors.

But there are also the track tour vehicles that get stuck alongside the Tyrannosaurus Rex enclosure. These are 1992 Ford Explorer XLTs and if you were to recreate one, a full vehicle vinyl wrap would be an ideal way to get the gradient colour effect and the various graphics that run the length of the car.

5. Only Fools and Horses Reliant Regal 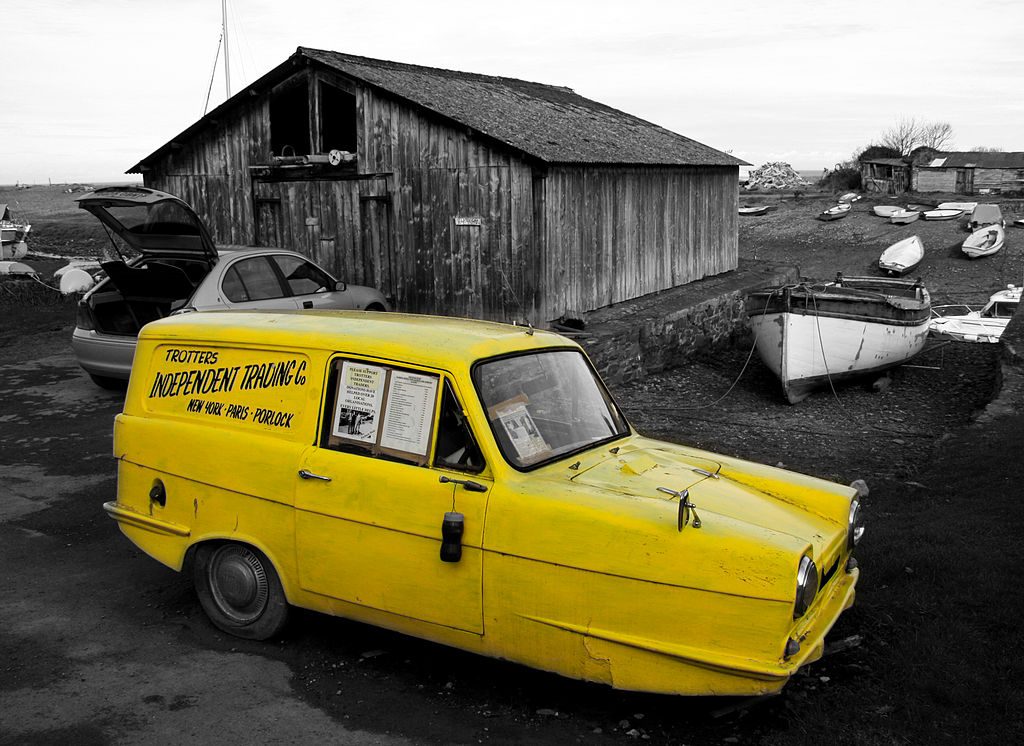 This may come as a shock, but there is no Reliant Robin in Only Fools and Horses. The three-wheeler used as the commercial vehicle for Trotters’ Independent Trading is actually a Reliant Regal, the predecessor to the Robin, which was also marketed as the Reliant Supervan.

In the earliest series of the show, the vehicle’s interior is red – a sign that the original exterior paintwork would likely have been red too.

So if you happen to come into ownership of a red Reliant Regal and opt to add the iconic yellow exterior with Trotters’ Independent Trading decals, you’re following in the footsteps of one of the all-time great sit-coms.